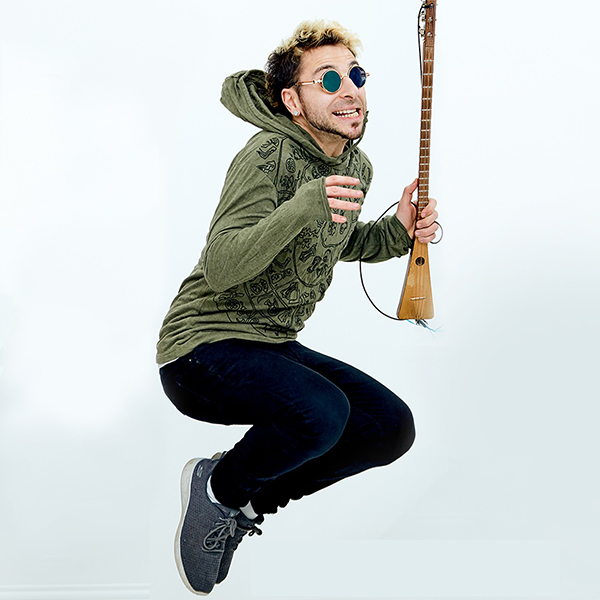 Immerse yourself in a Greek coffee house where familiar faces tell stories of their displaced lives, while a series of unpredictable events unfold in the background. Spontaneous good feelings mixed with urban Greek folk and dub-inspired tunes.

A band of partial family, Emilios (bouzouki) was raised in awe of his uncle Poli (bouzouki and vocals), a multi-instrumentalist who grew up in the Cypriot diaspora of London. For the first time, Kefi tell their story and invite you into their world to sit, relax, laugh and enjoy their company and their inter-generational tales of disconnected familiarity.

Their show is full of comedy moments, Greek folk and a heavily featured dub effects pedal…