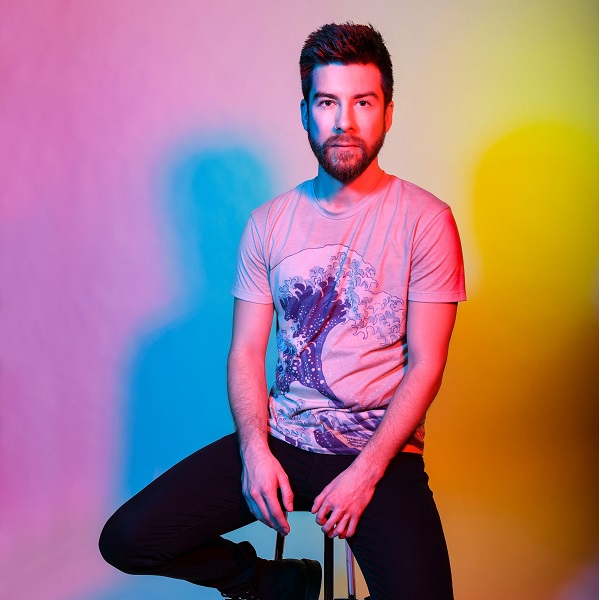 Andrew Roach Talent and Ingenious Fools are pleased to announce that Comedian and Actor, Richard Stott, has been awarded Arts Council England funding for a unique project that will include a combination of sixteen workshops and live performances, both in person and online.

Stott was born with Poland Syndrome making him lopsided with a misshapen hand. He had life-changing surgery to add toes for fingers on his left hand, which growing up, gave him a unique and unflinchingly funny outlook on the world.

The project, which will include Richard’s critically acclaimed debut show Right Hand Man, will cover various venues around the UK this autumn from mid-September to the end of November. The show is to be performed online on various dates as well as at several venues including Greenwich Theatre, Theatre Deli Sheffield, and The Hat Factory Luton. During the same period, Richard will be running specially tailored live workshops for groups and individuals that will also be available online and in person. Aimed at groups, individuals and families who are unable to attend day trips or group activities at present, the workshops will deal with storytelling and personal experience, giving confidence to discuss and understand difference.

The project will culminate in a final co-created film piece to be developed with contributions from participants, high profile artists and experts and will focus on disability and the arts and the effects of the pandemic.

Richard Stott is an actor, comedian, voiceover artist and writer. Having gained a degree in theatre from The Arden (Awarded by Manchester University) he went on to a postgraduate in acting at Drama Studio London where he has since given workshops in show creation.  Richard has worked for the Globe Theatre and  as a voice over artist on various projects for Pukka Films. He has appeared on The Nihal Arthanyake Show (BBC Radio 5 Live), BBC No Filter, London Live and Union JACK Radio’s Minds Over Matter podcast. He first performed at the Edinburgh Festival Fringe in 2017 and his debut full-length solo show, Right Hand Man was a great success and saw him rated second in Dave’s Top Ten Funniest Jokes of the Fringe 2019. He has entertained audiences in some of the UK’s best loved venues and Festivals including the Great Yorkshire Fringe, Roar Festival, Bedfringe, Camden Fringe, Shaftesbury Fringe, Guildford Fringe, Battersea Arts Centre, and Hope Mill Theatre.