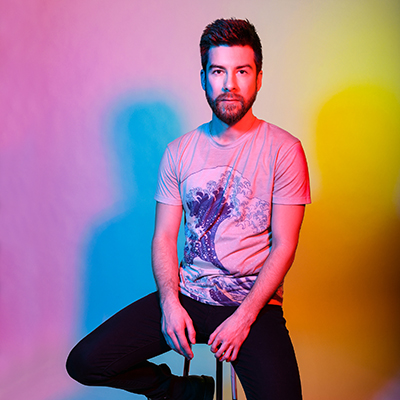 Leicester Square New Comedian of the Year Semi-Finalist 2021, Richard’s credits include The Stand Up Sketch Show (ITV2), The Nihal Arthanayake Show (BBC Radio 5 Live), Union Jack’s Minds Over Matter podcast and his NextUp special was released was released in 2021. Richard has performed at The Edinburgh, Camden, Guildford, Leicester & Shaftesbury Fringes. His third show Done is appearing at Leicester Comedy Festival, Brighton Fringe and the Underbelly at the Edinburgh Fringe in 2022.

Richard is an actor, comedian, voiceover artist and writer. Having gained a degree in theatre from The Arden (Awarded by Manchester University) he went on to a postgraduate in acting at Drama Studio London where he has since given workshops in show creation.  Richard has worked for the Globe Theatre and as a voice over artist on various projects for Pukka Films. He first performed at the Edinburgh Festival Fringe in 2017 and his debut full-length solo show, Right Hand Man was a great success and saw him rated second in Dave’s Top Ten Funniest Jokes of the Fringe 2019.

In 2020 during the lockdown, Richard received funding from Arts Council England in order to give his critically acclaimed tour show a new life as an online show. The show was streamed live to charities and theatres around the UK from Theatre Deli in London. The project was produced by Ingenious Fools.

Richard is an ambassador for the Poland Syndrome Charity PIP-UK.